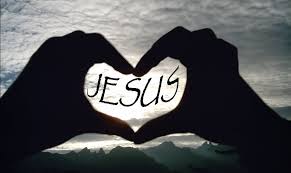 “When Israel was a child, I loved him,
and I called my son out of Egypt.
But the more I called to him,
the farther he moved from me,
offering sacrifices to the images of Baal
and burning incense to idols.
I myself taught Israel[b] how to walk,
leading him along by the hand.
But he doesn’t know or even care
that it was I who took care of him.
I led Israel along
with my ropes of kindness and love.
I lifted the yoke from his neck,
and I myself stooped to feed him.”

And, so clamoured the God of all creation. We can only imagine His frustration at how he has given so much effort into Israel. If He had been on our level, He would be one of those overly martyrs for love (a parent or a lover) who suddenly realized that His efforts had never always been reciprocated.

If you could have been in His shoes you will understand. If you were a lover who chases after his beloved despite the beloved’s protests, you will understand. If you were a parent who chased his child as a toddler until finally left out of the child’s life as he grew up, then you will understand. He put Gomer in Hosea’s life to mirror the exact feeling and deliver the same message. Thus, the book of Hosea was written. The book featured God’s instructions to Hosea to marry Gomer. Gomer was actually a prostitute who still kept her unfaithful streak even after years of staying with the prophet. While Gomer was away, God presented Hosea a rant (a long rant at that). He wanted the prophet to declare to all of Israel how they have acted unfaithfully. He used Hosea’s experience as an allusion to Israel’s spiritual problems.

I chose this story because it mirrors our very struggle. The human race, regardless of race and religion, are like Gomer. God woos us and takes us as His but we love sinning more than anything and still leave God. Most of us still chose to ignore God. The consequences include a heartbroken God.

Like most stories in the Bible, there is little detail on how they met, how they got married and the like. Thus, I made up some parts of the story to make it more up to date. I initially wanted to make it seem like a blind item. I didn’t want to reveal their names and let people decipher what the story is all about. However, when I asked external readers what they thought of the story, I had the impression that people are not that familiar with Hosea as much as Joseph or David. So I had to make it plain and give the characters their rightful names then cite the source at the end of the story so as to lead them to the Book of Hosea.

The story is actually good but I think I was not able to give it that much justice. I wanted to foster that feeling of a love that has been given by Hosea whole heartedly to a hesitant and guilty Gomer. From there, I wanted the love inside Gomer to grow. Whether I have achieved that is something I wanted to be critiqued on.

I hope I could rewrite it soon, but in the mean time, other stories will follow.